Highlights from the 7th to the 8th of September include 45 Sooty Shearwater, a Fea’s-type Petrel (we are starting to wonder if all of our recent sightings could infact relate to the same bird doing large feeding loops in the area), a Little Stint, 2 juvenile Pectoral Sandpiper (commuting between Brides and Hooking), a juvenile Lesser Yellowlegs (initially found coming in off the sea at Dennishead on the 7th the bird briefly landed on Bewan before disappearing within 30 seconds. Thankfully the bird was relocated at Brides an hour or two later and has been showing exceptionally well since. It represents just the 2nd record for the island since the observatory was opened), a probable Wilson’s Snipe (briefly on Hooking on the 8th - more about the ID features below), a Fieldfare, 2 Lesser Whitethroat, 2 Garden Warbler and 3+ Rosefinch still. 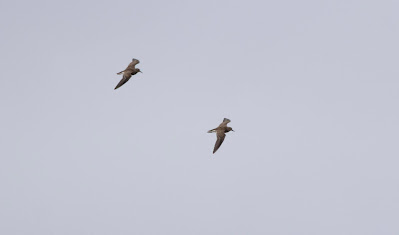 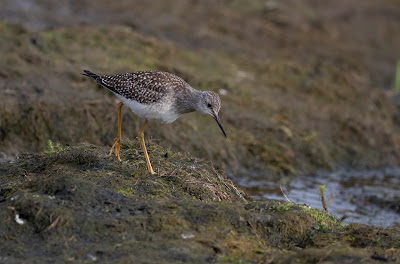 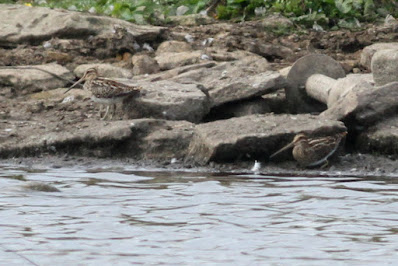 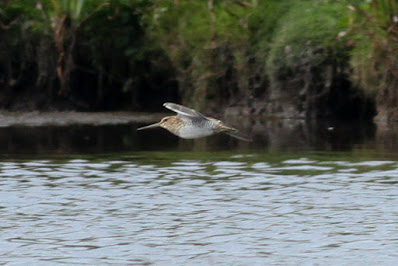 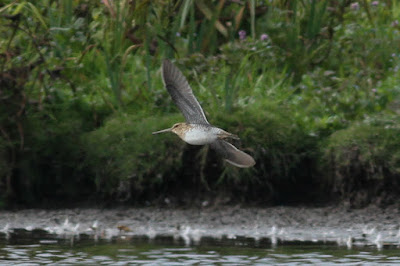