Seawatching in the morning produced 7 manx shearwater, 1 sooty shearwater, and 1200 fulmars in two hours. The buff-breasted sandpiper was still present amongst 700+ golden plover, and the juvenile TWO-BARRED CROSSBILL was trapped at Holland in the evening. A swift was over Twinyas and on Gretchen Loch was a greenshank and 2 black-tailed godwit, with 3 more seen on Trolla Vatn Loch. Also on Trolla Vatn Loch were 38 knot and 58 redshank. The chiffchaff still remains at Holland and at Bridesness were 2 sedge warblers and 2 grey herons. 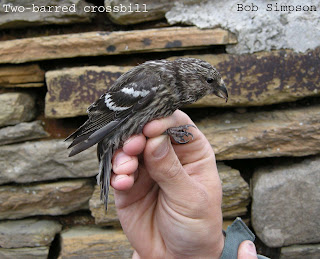 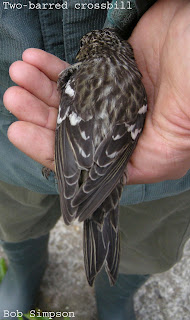