A very quiet morning, livened up by a few notable arrivals in the afternoon the best of which was a Nightjar disturbed from rocks near the airfield. This is only the 11th record for the Island and with just 3 records prior to 2008 it had been a true Orkney rarity, but with an influx of 4 in that year followed by another 3 in 2009 we can perhaps look forward to more regular occurrences in the future. The other surprise was a record flock of 6 Canada Geese in fields at Lenswick in the evening-no more than 2 having been present together previously. A late Fieldfare was also seen, while lingering birds included a Garden Warbler  the Snow Bunting and a Short-eared Owl. 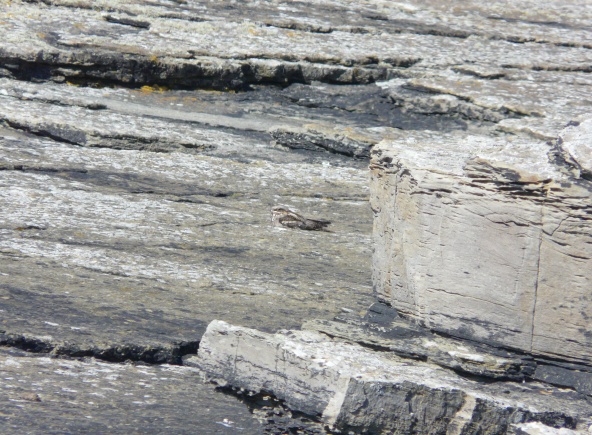 Nightjar-a good find for Pumpkin, Rhiney and Pot (the Observatory's pack of hounds!)﻿ 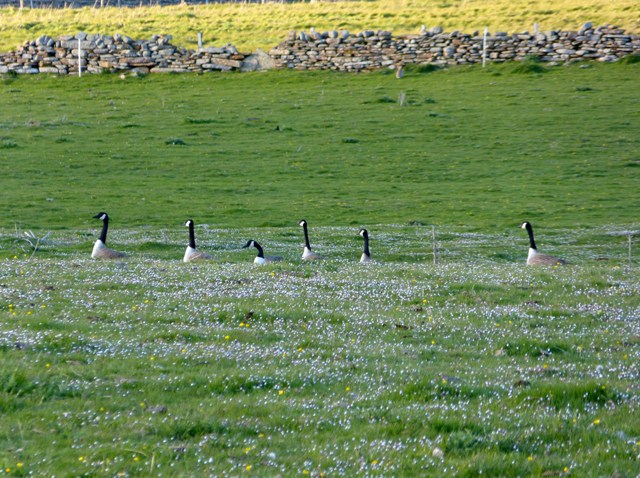 A new record flock of Canada Geese
Posted by northronbirdobs at 11:18