A Marsh Warbler trapped and ringed at Holland House in the morning was just about the only migrant in the gardens, but couldn't be found again later in the day. A singing Cuckoo and 2 Common Redpolls were seen, and a Rock Pipit on the west coast of the island was the first record of the species since mid-May. 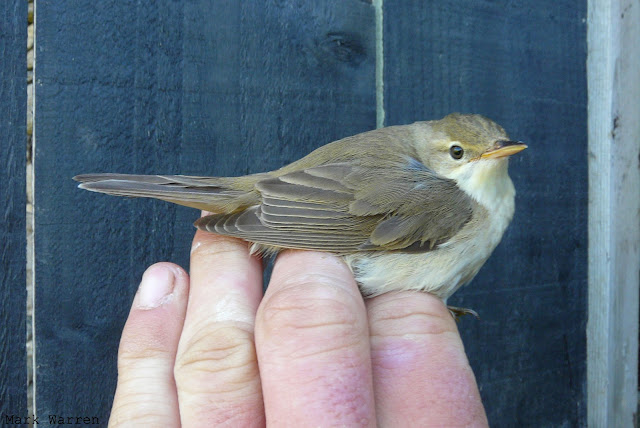 Marsh Warbler
Posted by northronbirdobs at 13:01