Another particularly quiet day was improved considerably by an American Golden Plover that dropped into a field near Lurand in the afternoon. Although there are 9 previous records of the species here, they have all occurred in the autumn, so this spring bird was quite unexpected. 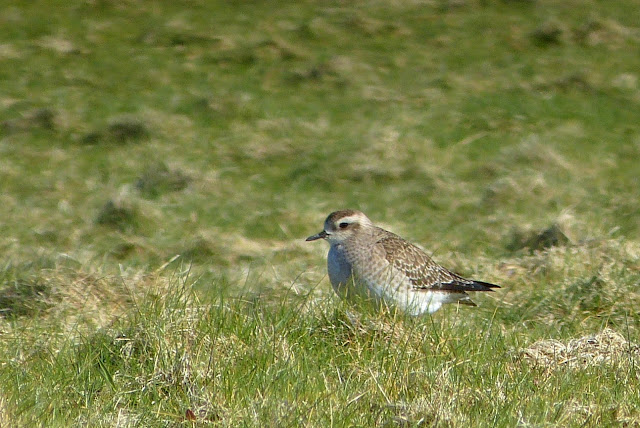 A Chaffinch was just about the best of the other new migrants seen. The Marsh Warbler from earlier in the week was retrapped at Holland House and the Ruff was still on Gretchen Loch.
Posted by northronbirdobs at 18:30