Any migrants from the previous day appeared to have left by the morning and nothing new was seen all day. A report of a singing Corncrake from an island resident was followed up at dusk (which, this being the summer solstice, was in the middle of the night) but there was no further sign. The most interesting sighting concerned some unusual bird behaviour: 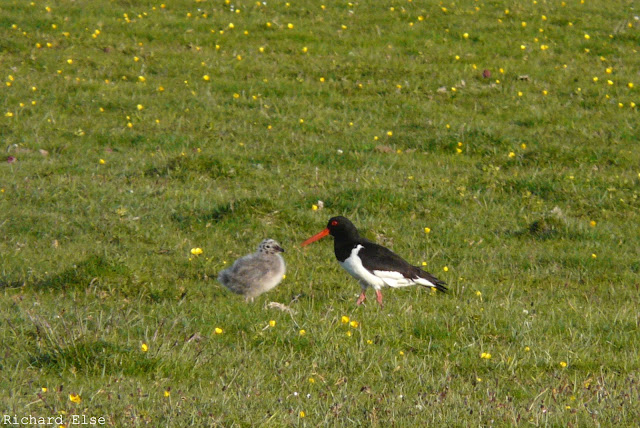 For several days a pair of Oystercatchers have been apparently raising a Common Gull chick near the observatory. The Oystercatchers have no chicks of their own and have clearly adopted the gull, which follows them closely and begs to them for food. Today we watched the gull being fed by its foster parents several times.
Posted by northronbirdobs at 11:55

Amazing story... I hope you get some video?