Another day of calm winds brought a small number of new migrants, most of which were probably grounded by the light early-morning showers or the torrential deluge that followed a few hours later. An Icterine Warbler was the pick of the bunch, a late addition to an already-impressive tally of the species this spring. A male Blue-headed Wagtail near the lighthouse was also notable in a rather less impressive spring for flava wags in general; and other passerines included 3 Spotted Flycatchers, 3 Chiffchaffs and a Song Thrush. The first Storm Petrel of the year flew past the seawatching hide; 3 Collared Doves and a Swift were seen; and the southbound passage of Golden Plovers, underway almost as soon as the last northbound migrants had departed from sight, increased to 24 birds. 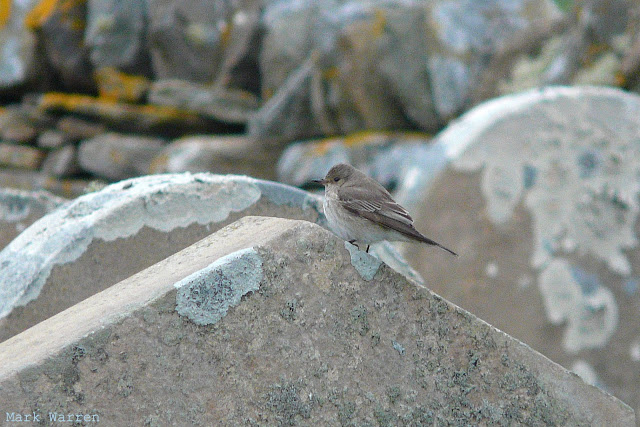 Spotted Flycatcher
Posted by northronbirdobs at 22:46