Great conditions on the 29th, very calm and overcast and it just felt promising out in the field; it was however just a feeling!  The overdue first Green Sandpiper of the year was the highlight on Kirbest scrape along with other wader counts including 162 Knot, 141 Sanderling, 3 Bar-tailed Godwits, a Whimbrel and 223 Turnstone while the lone Barnacle Goose was wandering around the north end and 3 Red-throated Divers and 5 Great-northern Divers were counted on the flat seas. 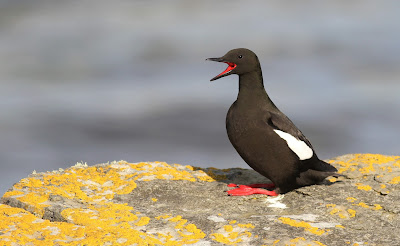 
A light easterly on the 30th brought some fog and drizzle for a time before the wind switched to the west and picked up into a rough force 6; a few more odd waders appeared as the bulk of the commoner species started to disperse with a ‘grey’ Curlew Sandpiper and a full summer Little Stint on Gretchen while a single Golden Plover and 8 Purple Sandpipers were leftover.


A handful of migrants were seen through the day including a Woodpigeon, 3 Collared Doves, a Sand Martin, single Chiffchaff and Willow Warbler, a Spotted Flycatcher and a Siskin while the Barnacle Goose remained and the Black-throated Diver and a Little Tern popped up again in Nouster. 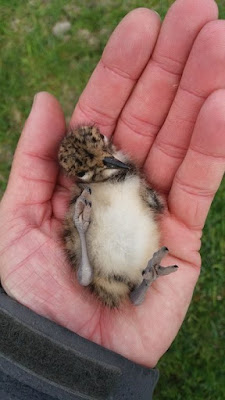