The last few days have seen a mass exodus of the migrants that have graced the island over the past week or so.

The bird of the period was the previous days Buff-bellied Pipit that made a very welcome re-appearance on the Links, this time hanging around long enough for everybody to get a good view. Yet another Red-throated Pipit was seen briefly over Nouster as it headed towards Howar. Both of the previous days Little Buntings were present near Stennabrek while another Short-toed Lark was heard flying over the Links. A Buzzard was present between North and South Gravity. Otherwise a few migrants remained left over with singles figures and low double figures of Robin, Chiffchaff, Blackcap and Goldcrest.

The 12th bought in winds originating in the North bringing in a cold air flow and near constant light rain. Not the best birding conditions and it proved to be a rather quiet a flock of 57 Snow Buntings were at Westness while one of the Little Buntings was still at Stennabrek and another was around North Gravity. The Buzzard was also present as was the second Goldeneye of Autumn on Brides. A Black Redstart was also present around Haskie.

The 13th saw the wind from the North-east but overall a much quieter day than perhaps anticipated. A Red-breasted Flycatcher was seen briefly around obs and at least 4 Siberian Chiffchaffs were seen around the island. A large flock of Chaffinch have built up around the Gravity area now totalling 36 birds. 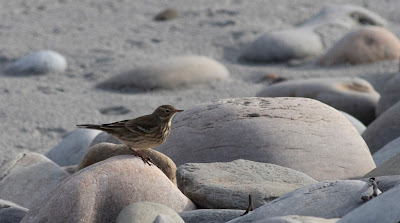 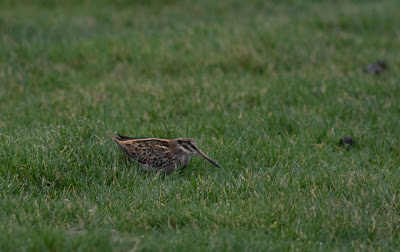