A rather pleasant few of days of weather even if we didn't have too many birds to go with it. Light SSE winds dominated the proceedings but didn't really bring any birds of too much note.

The 26th was undoubtedly the pick of the days with a few lingering birds coupled with a couple of new arrivals. A Yellow-browed Warbler seen briefly in Holland was a late one but couldn't be turned into anything better. The Bluethroat from the previous day had slightly re-located and was now feeding with a Blackcap around the Storm Petrel catching area. A/the Green-winged Teal has finally moulted enough for us to recognise him and was back on Gretchen, we assume it's the same bird that has been returning to the island for over ten years now. The Buzzard was still present around Holland in the evening as was a brief Long-eared Owl as it flushed out of the middle garden in Holland. Lastly a rather smart Black Redstart was feeding around the house at Southness.

The 27th was also a fairly productive day, a late House Martin over the obs crop was scrutinised but as with the previous days Yellow-browed Warbler couldn't be transformed into anything rarer. The first Iceland Gull of the winter period (I know it's not winter just yet!) was initially seen flying up the West side before being re-found on the Links in the afternoon. The Black Redstart was still present feeding around the Horses at Southness again. Finally three Barnacle Geese were hanging around with a group of Greylags between Greenwall and Howar.

The 28th although a pleasant day was rather quiet. A couple of lingering Siberian Chiffchaffs at Sangar and Bewan coupled with a few extra bits of wildfowl including 5 Pintail, were about all we had to shout about for the day. The weather was nice though so no complaints really! 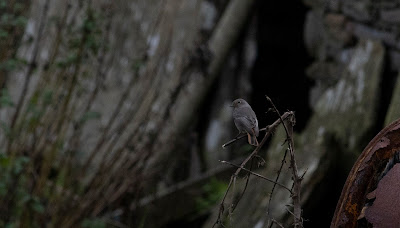 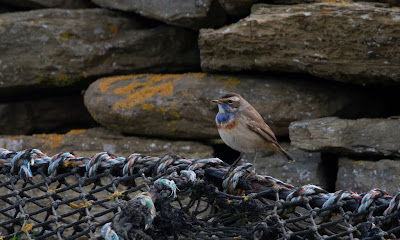 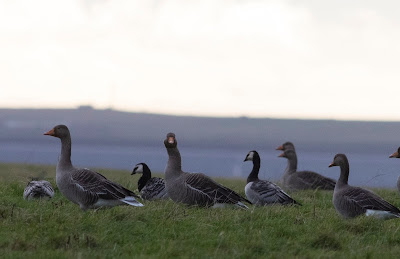