The end of April came and went in fairly unspectacular fashion with the highlights for a rather wet day. The highlights for the day were two Short-eared Owls at Longar, one of which was present for a couple of days after, and a Tree Pipit seen briefly at Sandar.

A few more migrants would follow for the opening day of May. Twelve Barnacle Geese were at Sandback. A couple of Arctic Terns were present, however this figure would balloon over the coming days and by the 5th numbers were over 300 birds in the various coastal haunts around the island. Two Blackcaps, three Willow Warblers and four Chiffchaff. Other notable migrants included three Song Thrush, a Collared Dove and a Sparrowhawk.

The 2nd would see two Collared Dove and a similar story in terms of passerine migrants although a few less than on the previous day. The 3rd was a better day starting with the fourth island record of Glossy Ibis coming in off the sea, despite a wild, uh, Ibis chase? around the island it was re-seen briefly near Kirbest but not again. The other bird to find its way onto the year list was a Garden Warbler seen fleetingly in Holland.

The 4th looked as though it was set to be largely unremarkable however a surprise Red-rumped Swallow shot passed on the Links and looked to have vanished until it was relocated between Sandback and Neven where it showed superbly and represents the 4th island record after last years bird. While looking for the Red-rumped Swallow three White-tailed Eagles drift over and a Yellow Wagtail ssp. flushed from near Sandsheen, not a bad days work all said and done!

The 5th saw low cloud and plenty of rain to throughly dampen the spirits from the previous day, with the Swallow having seemingly moved on the show was stolen by a crazy total of four White-tailed Eagles at Brides before they split up headed North. Other birds included 10 Whimbrel and the aforementioned 300+ Arctic Terns. 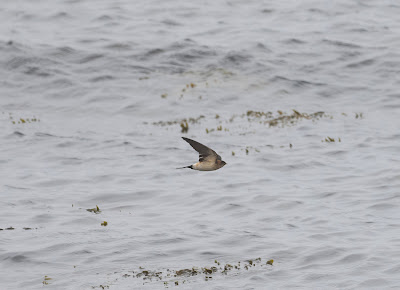 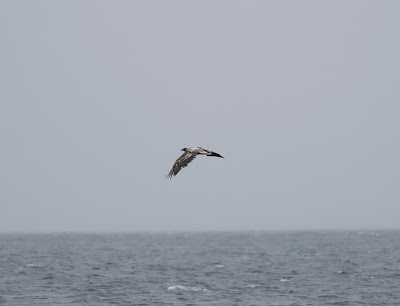 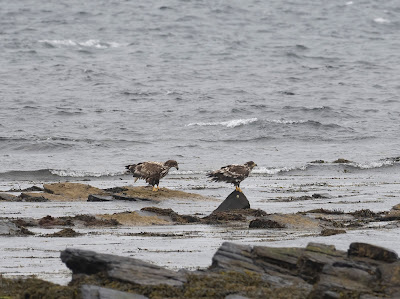