Another mixed bag of weather, but this time there's definitely a wet and windy theme going on!

The 9th was probably the worst of the four days with heavy showers and strong winds making birding and just being outside in general an overall unpleasant experience, however our second Marsh Harrier of the year was a reward for those brave enough to step outside.

The 10th gave way to a much more bird-able day and with it the arrival of some migrants. Five Collared Doves at Holland and Woodpigeon around Ancum were joined by Sedge Warblers at Hooking and Holland while the bird of the day was a 3CY Kumlien's Gull at Sjaever and the six remaining Dotterel.

More migrants on the 11th saw our first Hawfinch of the year at Holland, a rather smart male that spent the day going between the gardens and the roadside verge. The other bird of note was a Long-eared Owl that eventually found its way into mistnet at Holland and two Goldfinch shot through the garden in the evening. The Kumlien's Gull was on Gretchen and the Dotterels were still around Sandar.

The 12th was easily the pick of the days, the Dotterel were unsurprisingly, still around but just down the track from them on the pools at Westness was something we weren't predicting in the shape of the islands 6th (I think) Mandarin, a very smart drake spent the day feeding around the area and was last seen sat on the sea in Garso Wick. The other notable bird of the day was an adult Mediterranean Gull that was first seen heading North over Milldam before its re-location at Nether Linnay and subsequently on the freshly ploughed field near Holland. 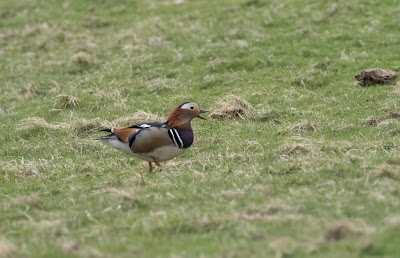 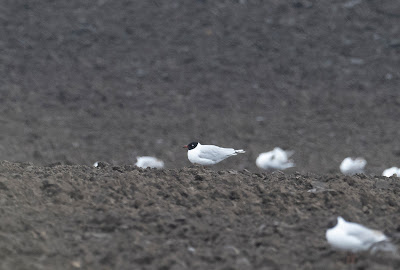 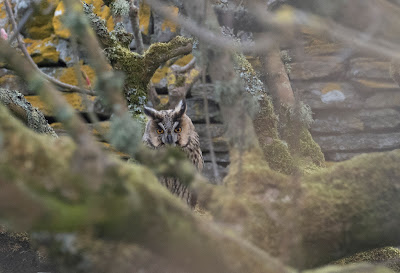