It's been a few days of changeable weather here and with it has come an arrival of new birds most of which have been waders.

The undoubtable highlight would arrive on 21st in the shape of a Long-billed Dowitcher, initially seen flying over Antabreck with Snipe it was then re-located on Ancum briefly before vanishing for the best part of six hours, only re-appearing again briefly on Ancum in the evening. It was also present on 22nd but again views were fleeting and brief.

The 20th provided some good migrant action and the first Yellow-browed Warblers of the year with singles at the Surgery, Holland and Observatory. A Bluethroat was seen briefly at Viggay, the first Redwings of the Autumn were present around Holland, the long-staying Nightjar was seen between T1 and Holland, Eight Barnacle Geese were also the first Autumnal records and a third Great-spotted Woodpecker of the year was found at Rue.

Aside from the Dowitcher the 21st provided yet more Yellow-browed Warblers, a handful of Jack Snipe in various wet locations around the island, a Lapland Bunting was seen briefly at West Beach and the two Common Rosefinch remained around the obs.

The 22nd was a quieter affair with time taken up trying to find the Dowitcher for those staff members yet to connect with the bird. The Bluethroat re-appeared at Viggay, a Lapland Bunting and Fieldfare were also present nearby. A Barred Warbler was found near Ancum Willows and the Great-spotted Woodpecker was in the vicinity. Finally a new Yellow-browed Warbler was at Westness.

Things look pretty settled for the next couple of days before the winds pick up on Sunday, hopefully further arrivals of waders continue as the end of the month draws closer. 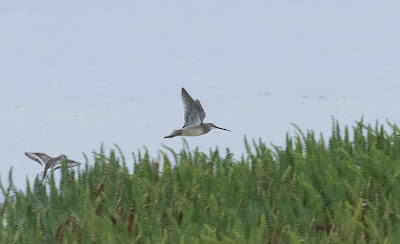 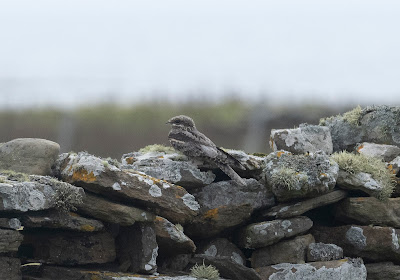 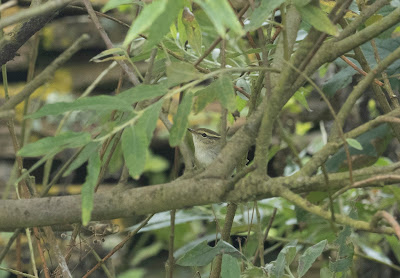