A very enjoyable couple of days here following near un-birdable conditions on 26th were marked by a superb White's Thrush found close to Stennabreck on 27th.

The 27th seemed to be fairly inane throughout the morning with little indication of what was to come. However news from other islands around the North had us cursing by lunchtime and us thinking that there had to be something around! This was very quickly proven correct as a White's Thrush was found around Stennabreck and showed magnificently for staff and guests. We weren't done there either. A Hornemann's Arctic Redpoll was found showing superbly around Lenswick, a Buff-breasted Sandpiper was on Torness and the sea provided good numbers of Sooty Shearwaters (741), 39 Manx Shearwaters and 2 Great Shearwaters plus the first Little Auk of the year. The long staying Long-billed Dowitcher re-appeared around Ancum, this time with others connecting with the bird. Yellow-browed Warblers were at Lochend and Cursitter and a Rosefinch was at Haskie.

The 28th was billed as a big day but didn't really produce the goods. The White's Thrush and Buff-breasted Sand had seemingly done a bunk overnight while pretty much everything else remained. An impressive 126 Snow Buntings were on the island. A Lapland Bunting was seen briefly at Kirbest and the Turtle Dove found its way into a mist-net at Holland. 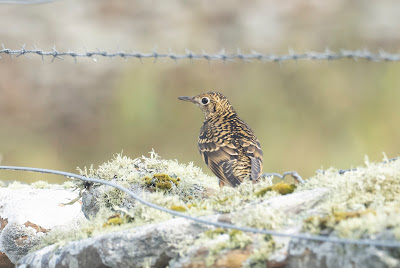 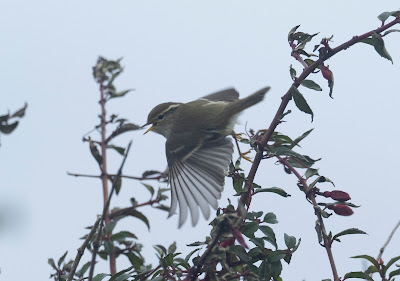 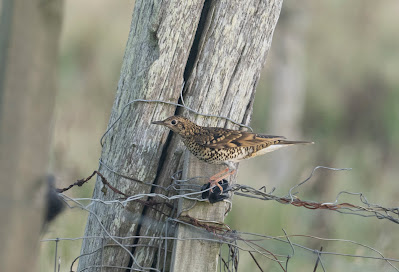