The first Common Redpoll of the year was sighted on the 10th, and the Golden Plover flock at Gretchen grew to 265 birds. South-easterly winds brought in a lot of migrants on the 11th including 21 Goldcrests, 45 Chiffchaffs, 6 Willow Warblers, 2 Blackcaps, 142 Meadow Pipits, 30 Wheatears, 19 Robins, 9 Dunnock, 4 Rook, 6 Chaffinch and a single Brambling and Siskin. A Stonechat was sighted around the Obs and a Black Redstart was at Breckan. There was also good Auk passage with 490 seen flying past Lenswick, including the first Puffins of the year. With the winds turning northerly the next few days were less busy, but an early Tree Pipit on the 12th and House Martin on the 13th were both firsts for the year. 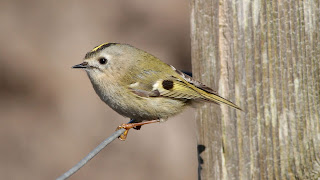 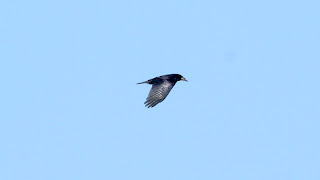 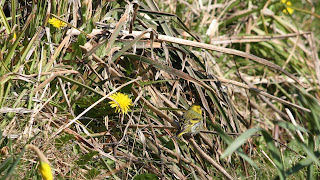 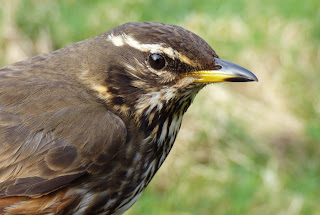