The weather has been awful for birding, northerly winds and at times stormy conditions resulting in the numbers of most migrants dropping significantly. The only new species for the year were a Common Sandpiper seen at the pier on the 16th, and an Arctic Skua at Nouster on the 17th. On the 15th the Golden Plover flock at Gretchen rose to 365 birds and a Ring Ouzel, 2 Tree Pipits and 45 Wheatears were recorded. Sparrowhawks have been present most days too. The first chicks of the year were ringed, a brood of 3 Ravens on the Beacon. Some Fulmar catching included a retrap bird ringed as an adult in 1992, older than 3 of the staff! 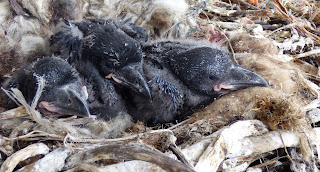 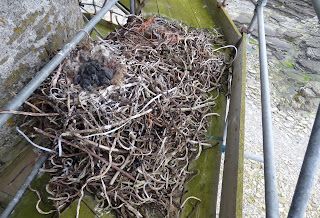 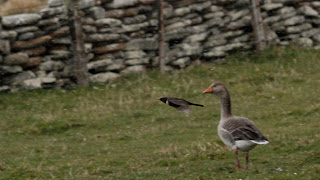 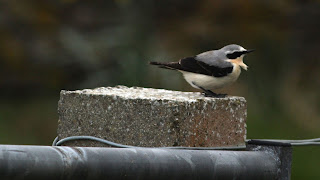