The most notable bird of the past few days was a White-tailed Eagle, seen briefly on the 19th soaring above Ancum being mobbed by gulls. Despite a search across the island it was not relocated afterwards and had presumably moved on.  Due to continuing northerly winds the amount of migrants about has been generally low. Wheatears appear to be the only bird in which numbers are increasing, with 63 on the 22nd the most so far this spring. The first Carrion Crow of the year appeared on the 19th, and 5 more were sighted the following day. A Garganey was heard calling in the evening of the 19th during a ringing session at Holland. The first 5 Sand Martins arrived on the 20th along with 4 House Martins.  2 Black Redstarts were seen together on the 19th, and singles of Common Redpoll and Brambling were trapped and ringed on the 22nd. A Barnacle Goose was present on the 20th and 22nd and a Grey Wagtail was at Bride’s on the 22nd. 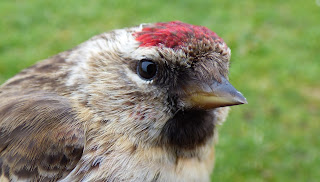 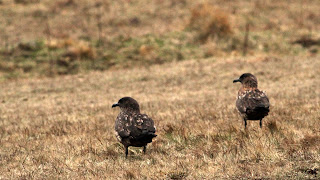 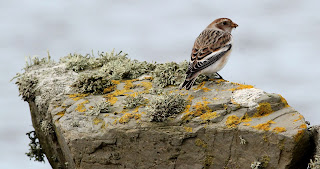