South-easterly winds resulted in the first fall of the year, with many new migrants arriving on the island. The highlight was 3 Hawfinches, two of which were trapped and ringed at Holland in the morning, with another unringed bird at the lighthouse in the afternoon. New species for the year were Ring Ouzel, Collared Dove and Blackcap (2 ringed). A Stonechat was seen at South Ness and a Black Redstart at Lurand. Other new birds in were singles of Kestrel and Woodcock, 3 Mistle Thrushes, 4 Wheatears, 17 Robins (6 ringed) 13 Dunnocks (6 ringed) 3 Goldcrests, 7 Chiffchaff (2 ringed) and 5 Brambling (4 ringed). The Smew was also seen on Bewan. 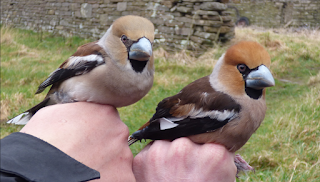 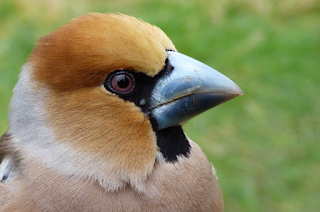 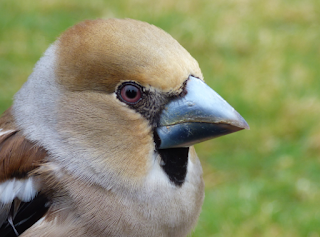 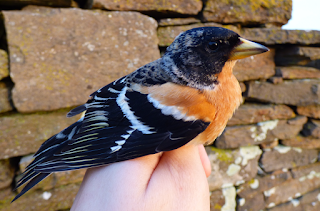