Good conditions on the 14th with light winds and bits of sun poking through; a pod of 5 ORCAS which moved quickly down the west coast was the day’s highlight and consisted of a bull, three females and a calf – it’s been an excellent year for sightings so far (here, Orkney, Fair Isle and Shetland) so hopefully we can expect more as the summer progresses.


Birdwise there were a few bits here and there with a Kestrel, a Short-eared Owl and a Common Redpoll new on the land while waders included a ‘grey’ Curlew Sandpiper on Gretchen, 6 Black-tailed Godwits and a Whimbrel with the Black-throated Diver seemingly a permanent fixture in Nouster Bay. 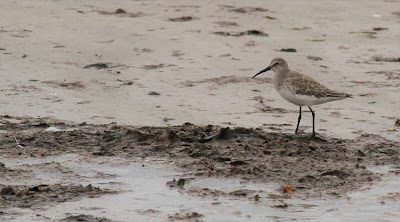 A breezy start on the 15th brought a few drops of rain in the morning but this soon petered out to become a lovely, warm, sunny day with returning waders to the fore including 130 Turnstone, 21 Bar-tailed Godwits, the Curlew Sandpiper again and 2 Whimbrel with the first Pintail for many weeks also probably an early ‘autumn’ wanderer.   On and over the land a few new birds included an unseasonal Redwing in Ancum Willows, a Swift, 8+ Sand Martins, 3 House Martins and single Woodpigeon and Collared Dove while the Black-throated Diver was in the bay again with 4 Red-throated Divers.


Potentially rarer still was a Dragonfly sp. seen whizzing around Scottigar which from the description seems to fit Lesser Emperor or Vagrant Emperor rather than the more expected (although still amazingly rare up here) Migrant Hawker. 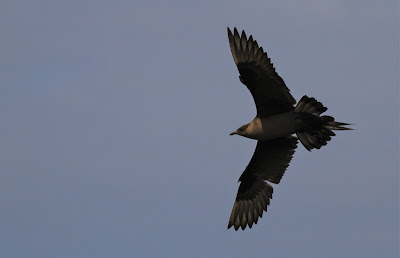 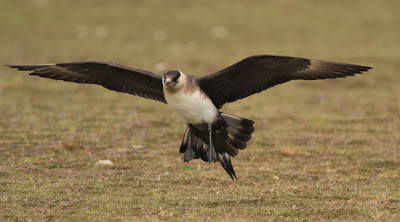 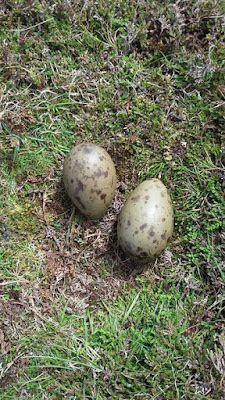 The dark phase Arctic Skua pictured above has been returning to breed on the island for a few years now - identifiable by the distinctive missing feather in the left wing.   'Notchy' has paired with this handsome pale phase bird but unfortunately their first clutch was lost early on but they have now relaid, so fingers crossed!   photos Simon Davies