Calmish and warmish again on the 16th with some new birds to keep us on our toes across the island including a Hobby seen briefly as it flashed over Breck, a Quail flushed from near the Obs, an unseasonal mid-summer Sparrowhawk and a Little Stint at Bewan.   Other waders were represented by 185 Knot (over summering birds), 19 Dunlin, 113 Turnstone (an influx of returning birds) and 26 Bar-tailed Godwits while the Black-throated Diver was still in the bay with 2 Great-northern Divers and a female Garganey was at Hooking.


Other landbirds included a Common Redpoll – rather strangely feeding on the edge of Trolla with a flock of Turnstone, 3 Lesser Redpolls, 7 Sand Martins still (there have been some rumours that they have been prospecting a nesting site but nothing has come of it yet!), a Woodpigeon and 3 Collared Doves. 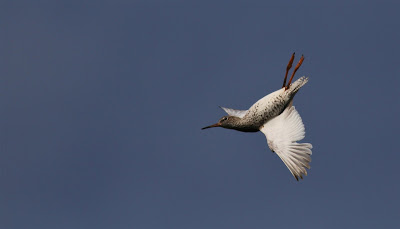 Overcast with a brisk westerly breeze on the 17th with some spells of drizzly rain late morning; most of the day’s interest came from a couple of hours seawatching first thing as the first Sooty Shearwater of the ‘autumn’ passed the seawatch hide along with 56 Manx Shearwaters, 17 Storm Petrels, 4 Common Scoter and 861 Puffins amongst other Auks.


The Black-throated Diver was still present along with 2 Collared Doves, the Common Redpoll, yesterday’s Sparrowhawk and the array of waders including 17 Bar-tailed Godwits on Gretchen. 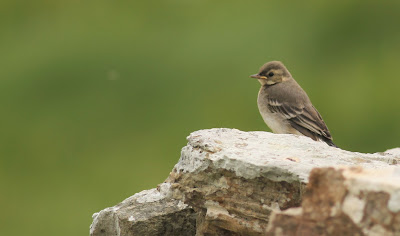 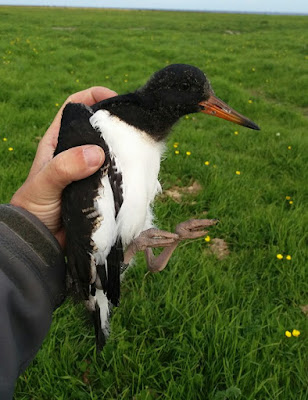 Quite a few of the Lapwing chicks are now taking their first flights around the island and this big Oystercatcher isn't far off joining them,   photos Simon Davies