A deluge of snow showers, strong winds and cold weather isn't exactly what we had in mind when we were discussing what birds we might get in the first week of April. With the weather nearly un-birdable on the 5th and 6th the highlights were scant but nonetheless there are highlights. 2 Wheatears on the Links were stand out highlights supported by a cast of a lone Grey Plover, the leftover 4 Whooper Swans that hung around Gretchen and of course the long staying Green-winged Teal. The 7th was a much better day in general with a few bits being seen. Morning census provided some migrants to get our teeth into a smart Snow Bunting and Wheatear were near Brides, Litoralis Rock Pipits were at Brides and Westness, a total of 16 Redwing and 4 Fieldfare gave an unseasonal Autumnal feel to proceedings while an increase in Tufted Duck numbers saw the island total climb to 44 for the day. An afternoon of sea-watching was somewhat productive with 3 White-billed Divers seen sat on the sea off the North End, accompanied by 2 Great Northern Divers and a Red-throated Diver. The Diver fest continued in Nouster with 3 Great Northern Diver, 5 Red-throated Diver and a Black-throated Diver that gave us a 4 Diver day! The sea-watch produced good numbers of other birds too, with 148 Puffin, 109 Kittiwake, 52 Gannet, 39 Razorbill and 529 Fulmar. The other bird of interest was an Auk that will have to remain unidentified, a squat rugby-ball shaped bird with a brilliant white underwing certainly caught our attention, however brief views and terrible photos mean we can't take things any further than it being an interesting looking Auk. 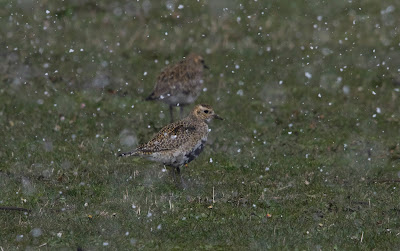 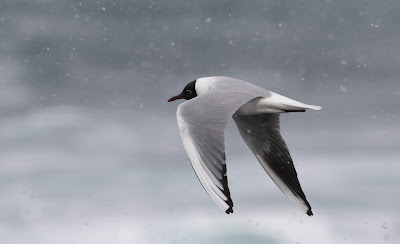 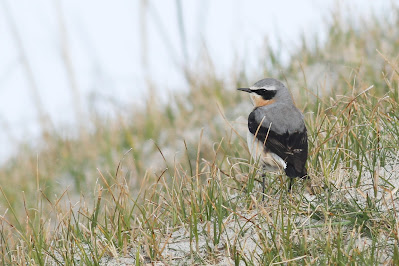