A couple of bright but blustery days on the island saw us add yet more species to the island year list, which is always exciting. With the wind set in a Northerly trajectory the days have been a little colder than they could be but spells of sunshine have given a Spring like feel to the days. The upcoming weather however looks a little less promising but winds originating from Arctic Circle could always bring an unseasonal goody! The 1st was a rather quiet affair with little to report migrant aside from 42 Bar-tailed Godwits between Ancum and Westness, 9 Redwings in various locations, two of which were singing near North Gravity and 3 Song Thrushes rounded off a fairly average day on the land. The big news came from the island Black Guillemot census that produced a whopping 955 birds and a new island record count, thankfully one we seem to have broken a lot in recent years! The 2nd was a little more eventful and saw us add two birds to the year list. The first of which came in the shape of Whooper Swan, a total of four birds touched down on Gretchen mid-morning and spent the day feeding around the loch. The next addition was the first Wheatear of 2021, always a hugely welcome addition to the year list whenever the first one makes landfall. Other highlights included the re-appearance or appearance of a Male Lapland Bunting around the obs crop, it was however seen leaving to South in the evening as was a Sparrowhawk. 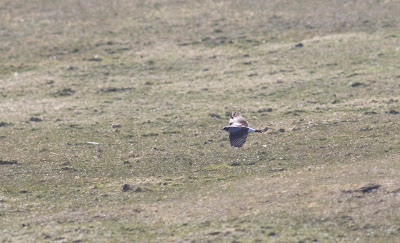 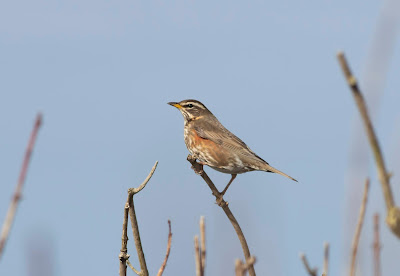