The days highlights all came from Holland House in the morning with the Golden Oriole seen briefly as it was flushed out of the Sycamores, a Common Rosefinch which dropped in for a couple of minutes before flying off north and a male Red-backed Shrike which eventually moved off down the road towards the Obs.   Other birds seen included a few hirundines with a some new Swallows noted with 10 House Martins, 30 Bar-tailed Godwits, three Barnacle Geese over to the south and presumably the same Wood Sandpiper which had moved up to Westness. 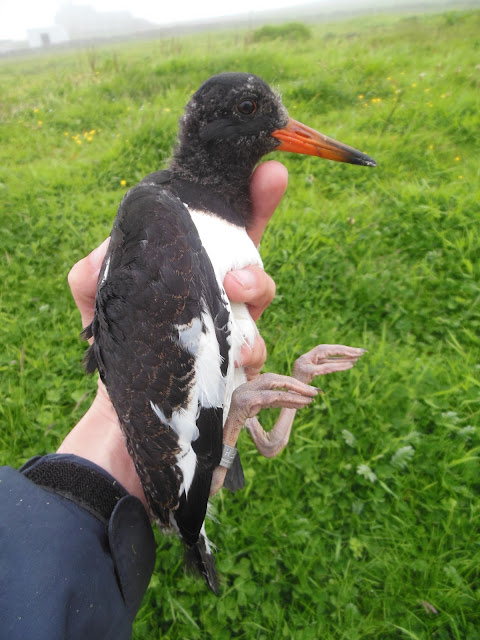 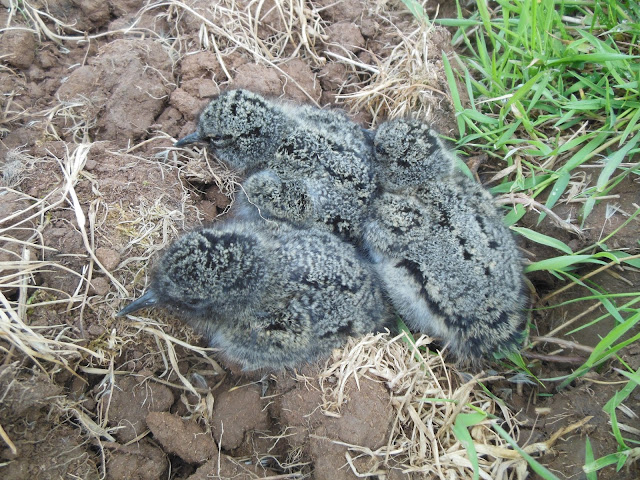 Most of the other Oystercatchers have much smaller chicks or are still on eggs
Posted by northronbirdobs at 21:20