Another pleasant day with a few 'bits and bobs' scattered around.. A handful of new passerines were seen including a Crossbill which spent the day around the Observatory. A Greenfinch was at Holland House along with a Pied Flycatcher-the later probably a lingering bird whereas a Willow Warbler at Stromness Point was newly arrived. A Woodpigeon was on the west coast, an adult Common Tern in the Arctic Tern colony on Torness and a flock of 36 Curlew were seen to arrive from the south at the Observatory early in the day. 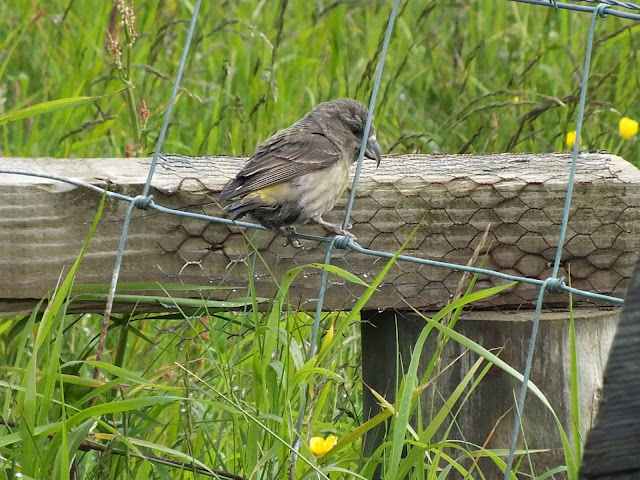