In sunshine and with a warm southerly wind, today turned out to be surprisingly eventful on the bird front. It began in the morning with a trio of singing Warblers, headlined by a Marsh Warbler offering a full range of mimicry at Newbiggin, with new Lesser Whitethroat and Chiffchaff offering support at Holland House. Also at Holland early on was a Turtle Dove (later trapped and ringed) in the company of 4 Collared Doves, with our first Crossbill of the year, a male there at lunchtime. 9 Swifts over the west side, 4 Knots and 18 Golden Plovers were the highlights from the days census meanwhile back at Holland in the evening a worn 'brown' Rosefinch was soon found, followed by the remarkable finale of 2 Golden Orioles dropping into the gardens together-the first time more than one has been present in the Islands history! 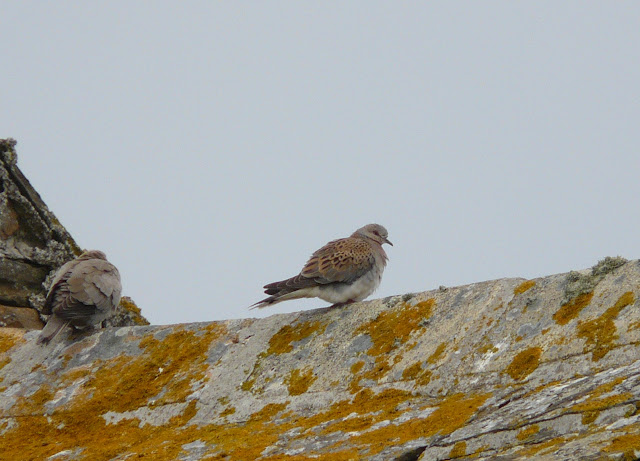 Turtle Dove (with Collared Dove to the left) 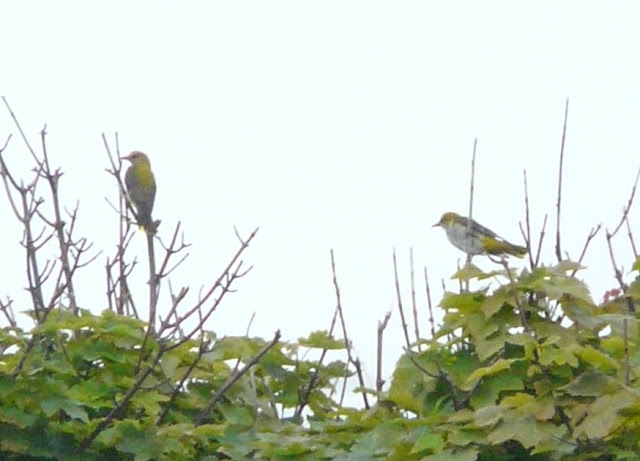 Another rubbish Oriole picture-but this shows the first time 2 birds have been present together on the Island! This years Golden Oriole saga has been complicated to work out-The bird on the right is ringed, and trapped again tonight we discovered it was actually the bird first seen on 10th and ringed on 12th. We thought it had left on 14th, but we now know it was still present (but not definitely seen) on 16th-on the same day as our second of the spring was found in a mist net. This second bird was assumed to have been the bird we have seen daily since then but we now know that was incorrect-it was presumably just present the day it was trapped and ringed with the original bird actually accounting for daily sightings since the 16th! The other bird seen/photographed today is considered to be the third individual of the spring! 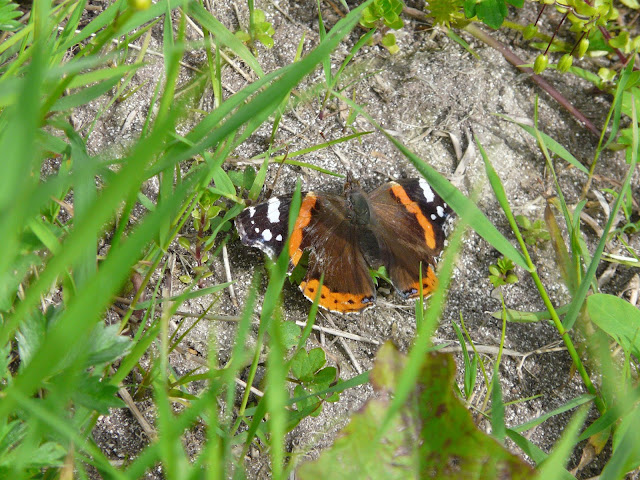 Red Admiral-the first of the year