The birds keep on coming, with the moderate easterly wind, cloud and a few rain showers on 22nd producing more new arrivals. The highlights were our 3rd Pectoral Sandpiper of the spring which showed well on the scrape at Trolla Vatn and yet another Red-backed Shrike-this time a rather soggy looking male near Garso. The 2 Rosefinches remain at Holland House, where there were also single Pied and Spotted Flycatchers, the singing Lesser Whitethroat and Common Redpoll. 2 WillowWarblers (at Hooking and Rue) were new while 63 Knot were spread around the lochs at the north end. The 23rd was a much wetter day, with the mist also frequently dropping in. All of the previous days highlights were still with us, with a new (un-ringed) Rosefinch at Ancum Willows while one of the old birds was seen again at Holland. The only other birds of note were a Spotted Flycatcher at the Pier and 38 Golden Plovers in fields near the old Kirk. 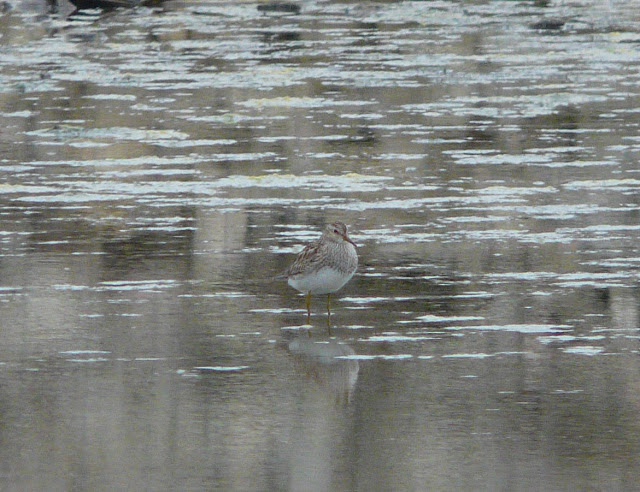 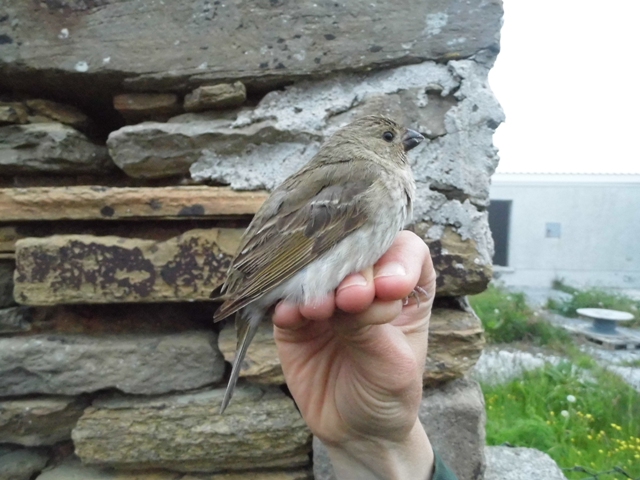 Common Rosefinch
﻿
Posted by northronbirdobs at 20:04