Most of the new birds were around Holland House in the morning with new Lesser Whitethroat, Garden Warbler, Chiffchaff and Blackcap (2) ringed while three Collared Doves were also seen and the two Curlew Sandpipers were still on Gretchen.   A series of text messages in the evening reporting a Pallid Harrier leaving Fair Isle to the south had us running around like loons trying to predict when and where it would it arrive but unfortunately we had no luck although a Short-eared Owl, three House Martins and a nice flock of 40 Knot were found. Interesting news concerning some colour ringed Sanderling was also received today with one red-flagged bird seen at Brides yesterday originally ringed in Ghana and another bird seen in early May being re-sighted in Iceland just 4 days later!   Fantastic stuff, thanks to Orkney Ringing Group for the information. 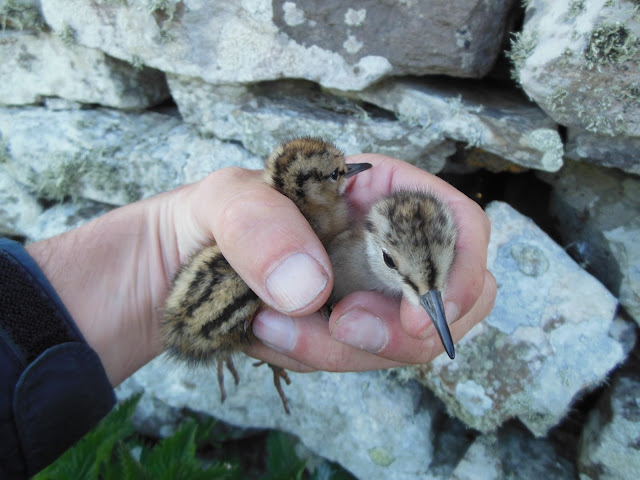 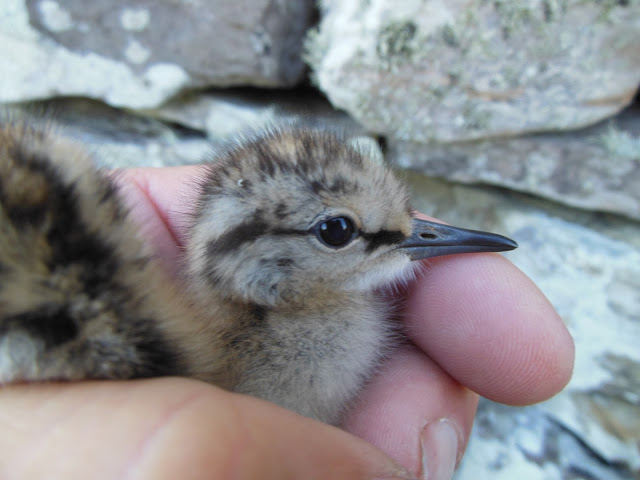 Usually very difficult to find - often down to their extremely vigilant parents, these Redshank chicks proved the exception as they were wandering down the middle of the road near the airstrip1