A fairly wet 18th prompted a sea-watch off the north end in the morning, with another 2 Storm Petrels and a Manx Shearwater seen in an hour. A couple of Collared Doves were new, while the Golden Oriole remained typically elusive in Holland House. It was still there on 19th joined again by the Nightjar which was inadvertently disturbed from its roost a couple of times during the day. A Peregrine was also seen, along with 5 Swifts and the first indications of returning Golden Plover passage were detected with a flock of 19 present. 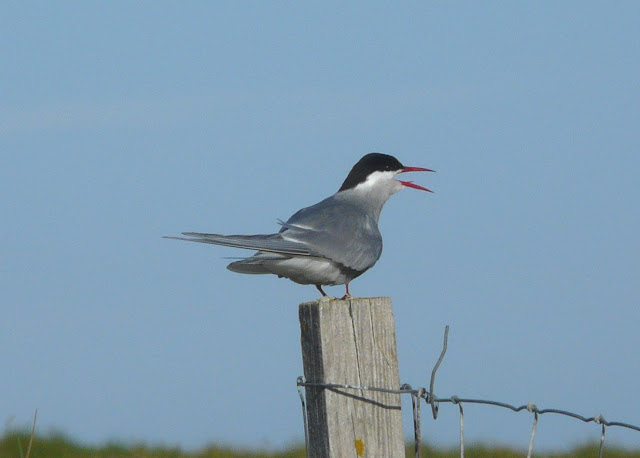 Arctic Terns have settled down to breed in the last few weeks-fingers crossed!
﻿
Posted by northronbirdobs at 19:35