Another foggy morning gave way to a glorious afternoon again. As usual for this time of year most of the new passerines were to be found in the gardens at Holland House with the remarkable highlight being another Golden Oriole caught and ringed there early in the morning. This bird had presumably just arrived (with the original one thought to have been responsibly for sightings up to the 14th) as it weighed a full 20 grams less than the individual which lingered for a few days before it was caught on 12th. Other birds at Holland included a Reed Warbler, and bizarrely a Greenfinch, while 2 Spotted Flycatchers and a White Wagtail were also present on the Island. The Red-backed Shrike remains at Ancum, as does the Curlew Sandpiper and 30 Knot at Bewan. 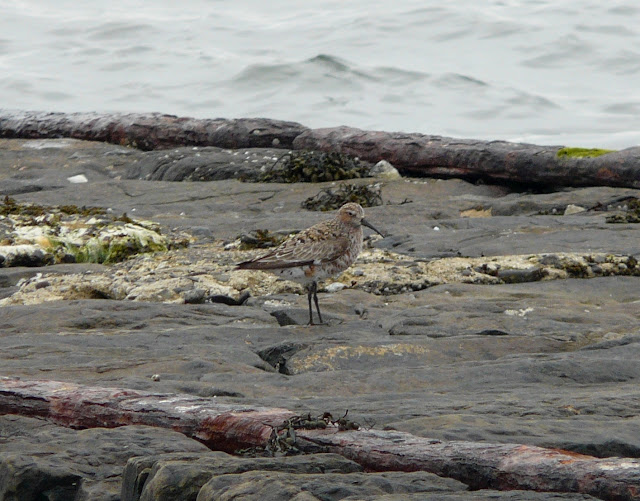 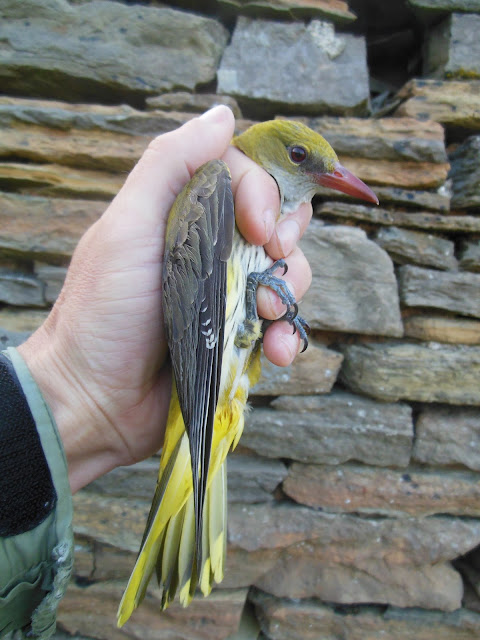 The second Golden Oriole was a very similar looking individual to the first bird trapped several days ago with exactly the same wing length but it had two retained secondaries while the original bird had four.
﻿
Posted by northronbirdobs at 20:55