A glorious day on the 13th with acres of blue sky and a very light easterly breeze; the rarest bird of the day (and year so far!) was a BLUE TIT which appeared in Holland House gardens just as we were opening the nets in the evening and was promptly caught shortly after – only the fourth record for the island (eighth individual) and the first in spring!


The calm conditions allowed some improved counts on the sea to be made which included 17 Great-northern Divers, 6 Red-throated Divers and 24 Long-tailed Ducks but more notably a White-billed Diver was off The Lurn and a Black-throated Diver was in Nouster (a different individual, well into its breeding plumage); a new, interloping Mute Swan and the Green-winged Teal completed the noteworthy waterbirds.   Waders included 129 Lapwings, 59 Dunlin and 34 Bar-tailed Godwits (with displaying Lapwings and mating Oystercatchers in the fine weather) while the Lesser Black-backed Gull and Kumlien’s Gull remained.


On the land there was, unsurprisingly, a few new arrivals in the lovely conditions which included the first two Stonechats of the year by the school, 2 Woodpigeons, 4 Mistle Thrushes and a Chaffinch while other birds comprised 2 Hen Harriers, 9 Meadow Pipits, 6 Robins, 39 Fieldfares, 3 Song Thrushes, 50 Redwings, a Linnet and 4 Twite.


Still bright and sunny on the 14th but the cold, SE wind had picked up to at least force 7 making any time spent in the field a bit of a struggle; as a result, records were of a premium through the day with the Whooper Swan still on Ancum, the drake Smew making a trip to Hooking, a Hen Harrier floating around and the two Woodpigeons still near Holland. 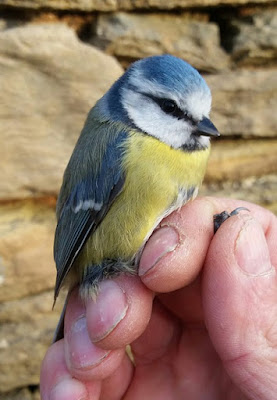 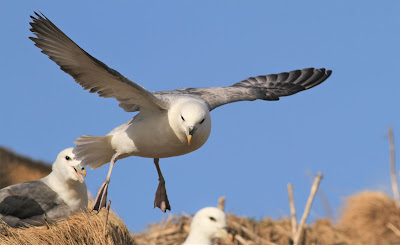