After an awesome Aurora display overnight when it was crystal clear, calm and cold the 19th dawned cloudy with a brisk NW wind (a complete turnaround after the last week); the selection of early spring migrants on the land included an excellent 9 Mistle Thrushes, 2 Woodpigeons, 27 Rock Pipits, a Pied Wagtail, 10 Robins, 56 Fieldfares, 11 Song Thrushes, a Rook, 19 Snow Buntings, 2 Hen Harriers and a Merlin.


Some good wader totals through the day comprised 114 Oystercatchers, a Grey Plover, 65 Golden Plover (290 were present this time last year – they haven’t really returned after the freezing weather), 2 Ruff still, 112 Dunlin and 45 Bar-tailed Godwits.   The Green-winged Teal, Smew and Kumlien’s Gull were all still present in their favoured locales.


A similar day to yesterday on the 20th with a brisk NW wind but a couple of showers were thrown into the mix; the days highlight was certainly a Woodlark seen in flight a couple of times in Loch Park but soon disappeared (only the eighth for the island!).   Elsewhere on the land, totals included 4 Woodpigeons, 75 Skylarks, the Black Redstart still, 5 Mistle Thrushes, 2 Chaffinches and a Woodcock.


A Black-throated Diver was again in Nouster Bay along with 8 Red-throated and 10 Great-northern Divers while wildfowl of note comprised 19 Pintail, the Smew on Hooking, 10 Goldeneye and 10 Red-breasted Mergansers.   The Kumlien’s Gull and single adult Lesser Black-backed Gull were both present again. 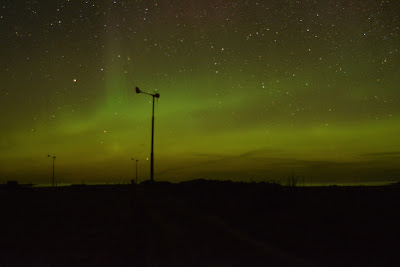