A horrible couple of days with a gale force SE wind blasting across the island, making any kind of birding a tricky ordeal!   The 15th was at least largely dry with the most interesting bird being a drake Eurasian Wigeon x American Wigeon hybrid with the throngs of birds feeding at Brides at high tide, he’s been glimpsed before in that area this year and is probably the same bird that has been seen in previous years but its proven tricky to get decent views of him.   The big numbers of birds feeding in the surf along the exposed coast also included the Kumlien’s Gull, a notable influx of 42+ Black-headed Gulls along with 108+ Common Gulls, 60 Great Black-backed Gulls, 11 Red-breasted Mergansers and a big arrival of 41 Tufted Ducks on the loch which weren’t there earlier in the day!


Worth a paragraph of its own was the first Wheatear of the year glimpsed briefly at the airstrip – nearly two weeks earlier than last year!


An even worse day on the 16th with the blazing SE wind bringing numerous and frequent hail and rain showers whipping horizontally through the island; it was however, worth getting out in the field though as the sheltered western side of the island did contain a few migrants including the 2 Woodpigeons, the first 2 Dunnocks of the year, 7 Robins, a / the Wheatear, 6 Song Thrushes and a Mistle Thrush. 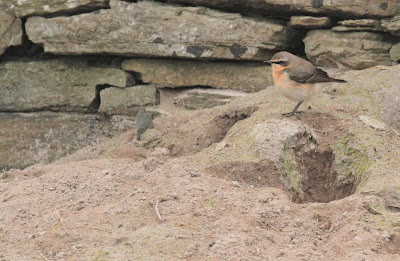 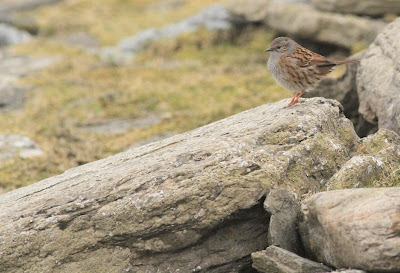 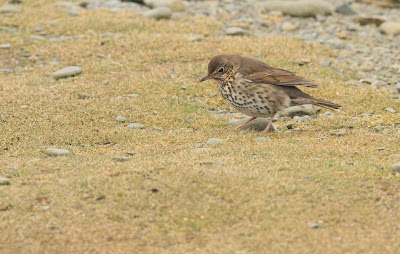