Another cracking day on the 9th with hardly a breath of wind and plenty of sunshine; there was no sign of the Walrus despite searching but it eventually turned up on a beach across the water on Sanday, out of view no matter how hard we scoped it!   There was a trickle of new landbirds which arrived in the fine weather including a Woodcock, single Peregrine and Hen Harrier, the first Woodpigeon of the year at Holland, the first Rook of the year over Westness, 87 Skylarks, 27 Rock Pipits, 5 Robins, the Black Redstart, 78 Fieldfares, 76 Redwings, a Mistle Thrush which turned up in a net at Holland, 3 new Ravens which were soon seen off by the Beacon pair, 2 Linnets, 8 Twite and 27 Snow Buntings.


Other bits included some increased totals on calmer seas with 9 Red-throated Divers, 17 Great-northern Divers and 29 Long-tailed Ducks while the Green-winged Teal was still on Gretchen, 3 Pink-footed Geese came in from the south, the Kumlien’s Gull was again on Brides and the highly unusual March Ruff flock was now up to 4!


A decent day again on the 10th but with a bit more cloud and a stronger easterly wind; a few more landbirds made it in to the island through the day including 2 Hen Harriers, a female Sparrowhawk in off the sea chasing a Mistle Thrush, 2 Merlins (including an adult male), a Woodcock, the Woodpigeon again, the Stock Dove which re-appeared in Loch Park and 2 Pied Wagtails. 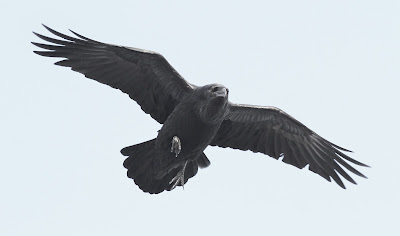 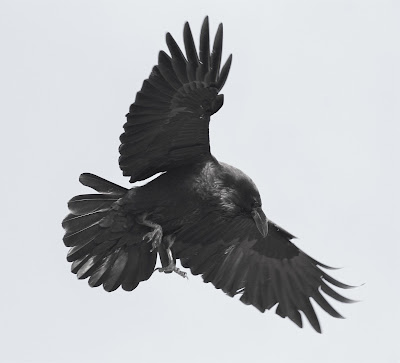