A very rough morning on the 29th with a blazing force 8 easterly and driving rain and hail showers blasting across the island; it was clear though that there was a great selection of newly arrived birds on the island leading to one of the best days birding so far this year.   The highlight was only the fourth RED KITE for North Ronaldsay, seen over Loch Park mid-morning from where it flew up to the Kirk where it spent a good spell perched on the roof and surrounding dykes as it sat out the worst of the weather.


It was brighter with marginally fewer showers in the afternoon allowing us to post some good totals from around the island including a handful of new birds for the year with 2 Grey Wagtails, a White Wagtail, 2 Goldcrests and a Carrion Crow all making it onto the list.   Other totals included 3 Herons, 20 Woodcock, 4 Woodpigeons, 58 Skylarks, 18 Meadow Pipits, 14 Rock Pipits including a bright littoralis bird, 12 Pied Wagtails, a Dunnock, 11 Robins, 257 Blackbirds, 154 Fieldfares, 21 Song Thrushes, 153 Redwings, 3 Mistle Thrushes, 5 Chaffinches, 3 Snow Buntings and 3 Reed Buntings.   An adult Iceland Gull which flew past Kirbest was the best of the rest.


The strong easterly breeze gradually eased down through the 30th and with some good sunny spells and only a few wintery showers it was a very pleasant day to be out and about; a smart male Common Redpoll, a Brambling at Holland and a Long-eared Owl were new for the year while other new arrivals to be found included 14 Woodcock, 2 Woodpigeons, 82 Skylarks, 37 Meadow Pipits, 3 Grey Wagtails, 14 Pied Wagtails, 3 Dunnocks, 25 Robins, 3 new Black Redstarts (the first migrants of the spring), a male Stonechat, 259 Blackbirds, 120 Fieldfares, 20 Song Thrushes, 125 Redwings, 2 Mistle Thrushes, a Goldcrest, 2 Rook, 6 Chaffinches and 3 Snow Buntings.


Other birds included a single Pink-footed Goose with the Greylags, the Whooper Swans still, 10 Pintail, 26 Tufted Ducks, the 4 Ruff again, 30 Bar-tailed Godwits, a single Black-tailed Godwit and a notable influx of Gulls with a 2nd winter Glaucous Gull in Nouster, 212 Black-headed Gulls (highest count of the year so far), 273 Common Gulls, 61 Great Black-backed Gulls and the surprise reappearance of the Kumlien’s Gull – last seen on the 20th. 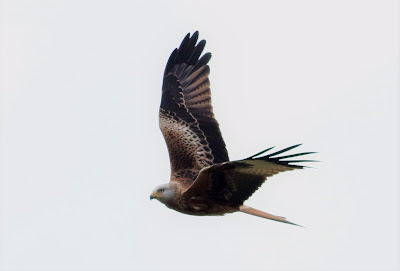 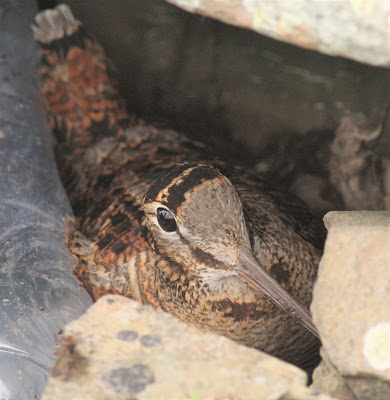