The spring passerine arrivals seem to have stalled after last week’s steady arrivals but a Carrion Crow caused a (very slight) ripple of excitement on the 11th when there were still counts of 182 Skylarks, 2 Stonechats and 8 Snow Buntings but a 1st winter Little Gull was new on Hooking and 4 new Whooper Swans bugled their way around the middle of the island while the drake Smew lingered on. 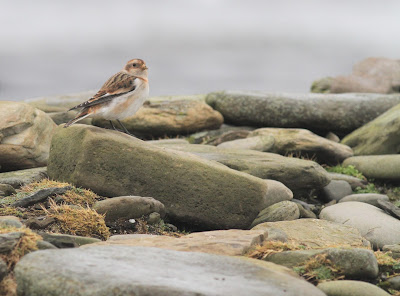 
The fog that shrouded the island on the 12th was thankfully thinner at the top end allowing a Sooty Shearwater to be seen passing the seawatch hide late morning – this is only the third spring record and clearly the earliest but with a couple of records on the east coast of the UK in the last week it was probably following the same route made by birds in the autumn - leaving the North Sea by nipping round the top of North Ronaldsay and away….


The Northern Harrier was seen again as was the drake Smew with 9 Goldeneye and a slightly increased 18 Pintail while the Glaucous Gull was also still present; the reappearing Stock Dove was the landbird highlight along with 2 Stonechats, 5 Fieldfares and 3 Snow Buntings 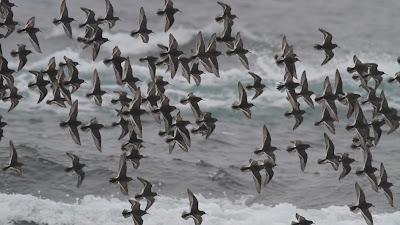 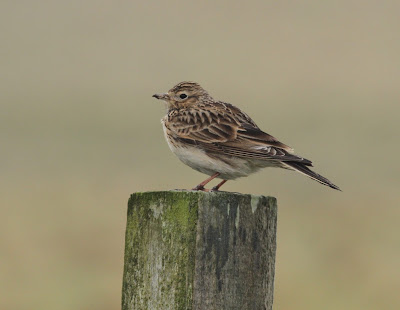