Despite the chilly northerly wind it was a glorious, sunny day on the 23rd so the nets at Holland were opened first thing for the first time in a while but it was still quiet producing only single Reed Bunting and Linnet; the rest of the day followed a similar theme with just a Sandwich Tern in Nouster, a Grey Plover and 4 Snow Buntings of note – but it was a lovely day to be out and about! 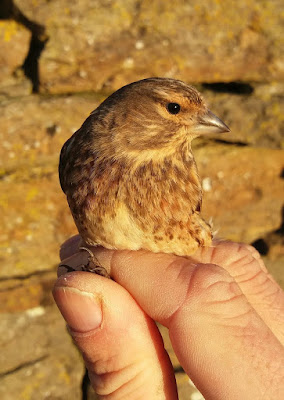 A different day on the 24th with breezy and overcast conditions produced a few new bits and pieces with the first Rook of the year flying past the Obs, a single Black-tailed Godwit and an increased 18 Snow Buntings including 17 on The Links and a corking summer plumaged male at the lighthouse.


Other counts included 8 Great-northern Divers, an extra couple of Mute Swan pairs back on territory, 2 Pink-footed Geese with 638 Greylag Geese and 251 Golden Plover while single Hen Harrier and Merlin still floated and dashed around respectively.   It’s now five days since the Northern Harrier has been seen – perhaps he has moved on for the summer? 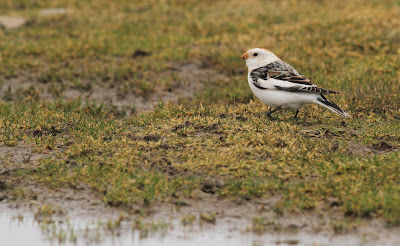 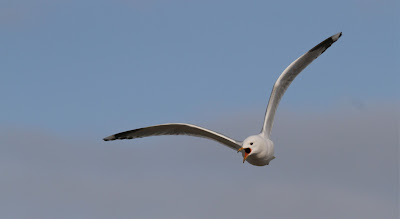 Common Gulls are starting to get aggressive! photo Simon Davies