A contrasting couple of days with a blazing westerly hitting the island throughout the 9th understandably limiting sightings during a tricky census; the Northern Harrier continues to appear all over the place along with 2 ringtail Hen Harriers while the drake Smew was on Hooking.


An Iceland Gull and 2 Glaucous Gulls were noted with notable passerine migrants reduced to 4 Stonechats, a Mistle Thrush and 4 Snow Buntings. 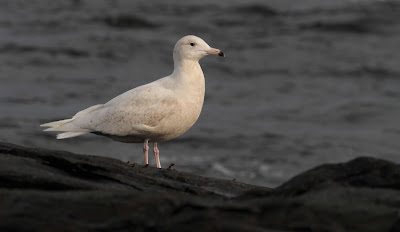 It was a complete change the following day as first thing it was almost flat calm but overcast with an early morning ringing session at Holland producing 2 Snipe and a Woodpigeon; there wasn’t a big arrival of birds through the day but some real North Ron quality was unearthed highlighted by a drake Goosander lingering on the sea off the NE coast and a Stock Dove in East Loch Park late afternoon – neither of these species are annual on the island, so it had folks running around the place chasing these common British birds while simultaneously barely glancing at the Northern Harrier which kept popping up!


(Presumably the same) drake Green-winged Teal reappeared on Gretchen having not been seen since 27th February and was today displaying to the Common Teal while an immature Pomarine Skua passing the seawatch hide was a good record; the drake Smew and 2 Glaucous Gulls were still present and calmer seas produced counts of 15 Red-throated and 13 Great-northern Divers around the coast.


There was another good influx of 354 Skylarks including an excellent flock of 200+ in East Loch Park with other notable passerines comprising a littoralis Rock Pipit, 3 Stonechats and 3 Snow Buntings. 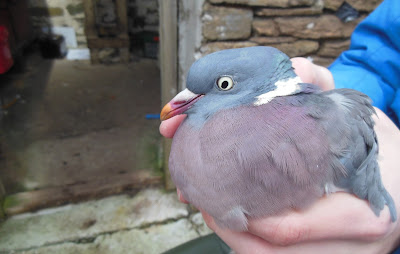 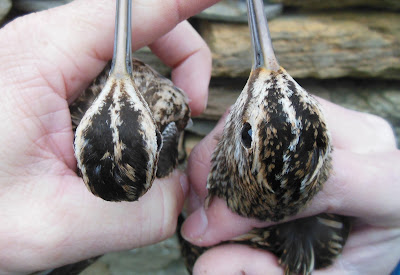