Light northerly winds on the 27th moved slowly round to the east giving us a sense of anticipation for the week ahead and it started well with the first 2 Wheatears of the year seen at the top end of the island – a pretty decent earlyish arrival date for us; other landbirds through the day included a good influx of 151+ Meadow Pipits, a Dunnock, 13 Redwings, 6 Goldcrests, a Rook and 15 Snow Buntings. 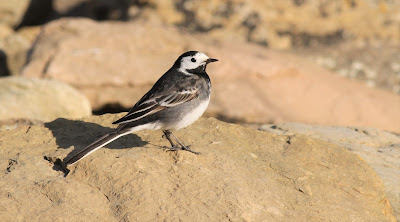 It was straight easterly the next day so it was no surprise that there were some additions to the year list with pride of place going to a Hawfinch which dropped in briefly to Holland in the afternoon while the single Brambling and Chiffchaff that were there in the morning were also new for the year as was a male White Wagtail near Gretchen. 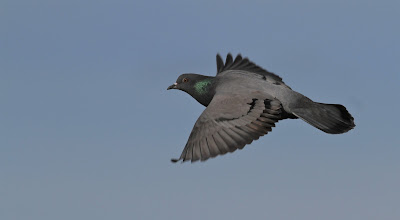 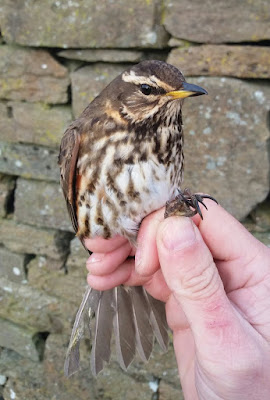