Overcast with the brisk easterly breeze remaining on the 29th saw a few new arrivals on the isle with a male Lapland Bunting near the Obs the highlight along with a range of other typical March landbird migrants including 119 Meadow Pipits, 31 Pied Wagtails, 41 Blackbirds, 2 Goldcrests, 4 Snow Buntings and single Dunnock, Song Thrush, Mistle Thrush, Wheatear and Chiffchaff while 78 Linnets feeding in Kirbest crop was a big increase.   The regular ringtail Hen Harrier and young male Merlin were still cruising around chasing things. 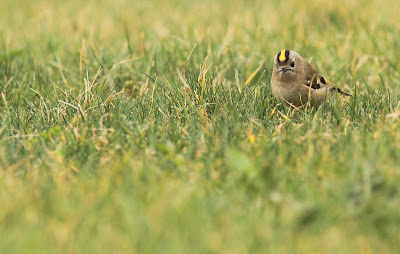 The light easterlies continued into the 30th which, when combined with slightly warmer temperatures is a sure fire recipe for fog which proved to be the case with mist and murk first thing slowly clearing to produce a beautiful day before coming back in mid-afternoon.   These constantly changing conditions brought a few new birds in with 2 Black Redstarts at the north end, 5 Woodpigeons, 18 Rock Pipits, 47 Blackbirds, 18 Redwings (including some dark, long winged Icelandic coburni birds) and single Mistle Thrush, Goldcrest, Wheatear, Chiffchaff and Snow Bunting recorded.


There were some good wildfowl counts made through the day including the single Pink-footed Goose with 770 Greylags, 9 Shelduck, 168 Wigeon, 7 Gadwall, 74 Teal, 8 Pintail, 9 Shoveler, 24 Tufted Ducks and a single lingering Goldeneye.   Also of note was a significant count of 320 Purple Sandpipers with big flocks feeding at high tide at Brides and Bewan while other waders included 178 Golden Plover and 183 Turnstone. 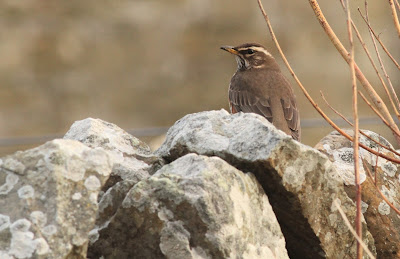 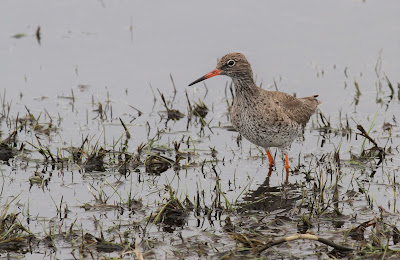