There was no sign of the Northern Harrier through this period so perhaps he has departed for his mysterious summer quarters already; the last entries highlights remained though with the drake Smew still on Bewan and the Black-throated Diver seen in Nouster on most days.


Other new birds in the last few days included a 1st winter Little Gull past the seawatch hide on the 2nd, the first Woodcock of the ‘spring’ near the Obs on the 1st (with another on the 4th) and a good group of 11 Common Scoter off The Links on the 4th – always a scarce bird here!


White-winged Gull records over this period were more scattered with a 2nd winter Iceland Gull seen on the 1st and the 4th and a single juvenile Glaucous Gull also on the 4th; raptors were also far less obvious than at the end of last month with just a single Hen Harrier seen on the 1st and 2nd.


The 6 White-fronted Geese and single Pink-footed Goose remained with the Greylags which peaked at 536 on the 2nd; other wildfowl peak counts included 283 Wigeon and 34 Long-tailed Ducks.   The Black-tailed Godwit was still at Ancum while other wader counts of note comprised 265 Golden Plovers, 189 Purple Sandpipers and 61 Bar-tailed Godwits; other waterbirds included 8 Grey Herons and a peak count of 14 Red-throated Divers on the 4th.   There was an encouraging whole island count of 669 Black Guillemots counted during the early morning of the 4th with the first birds of the year noted back ashore – we shall repeat the count in a few weeks time but it seems the numbers are present for a good breeding season.


Skylarks continued to move north in small numbers during fine weather producing an island count of 129 on the 1st while other notable landbirds comprised 7 Snow Buntings on the 4th, 6 Robins counted during especially nice weather on the 3rd – although these were certainly all wintering birds poking their heads out in the spring-like weather, a male Pied Wagtail on the 1st and a high count of 5 Reed Buntings while in the lovely weather on the 3rd 24 Twite and 30 Wrens were counted, most in full song making the most of the day. 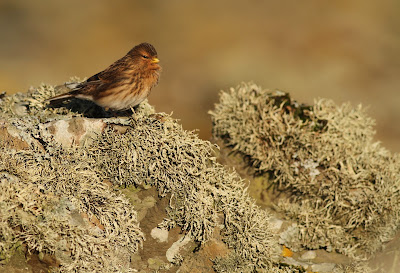 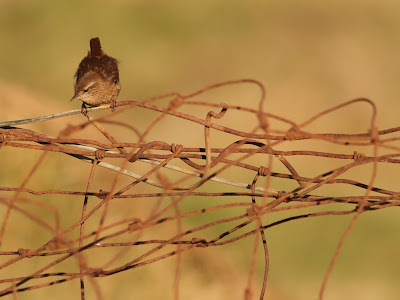 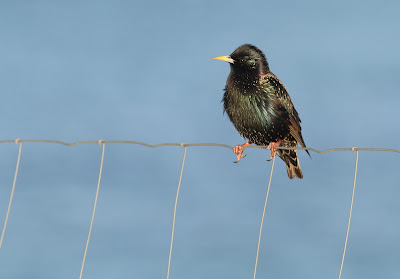