A greatly improving picture weather-wise with winds easing down and the sun poking out but no one really told the migrants as a Lapland Bunting near Gretchen hide was pretty much the only new arrival through the 17th while the Northern Harrier still floated around along with single Peregrine and Merlin and the drake Smew held out on Bewan.


At least 12 Linnets came into roost at Holland while 5+ Pied Wagtails were on the island indicating slight increases in these common breeding migrants as the ‘spring’ crawls ahead. 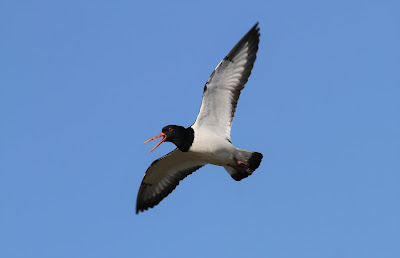 Oystercatchers are beginning to shout at people, photo Simon Davies

It was as if we regressed back several weeks on the 18th with all the highlights being long staying and wintering birds as both the drake Green-winged Teal on Gretchen and the Black-throated Diver in Nouster reappeared, the Northern Harrier became visiting birder Cliff Davies's 500th UK species, a single Pink-footed Goose remained with 850 Greylag Geese and the drake Smew was present again with 7 Goldeneye and [a slightly increased] 11 Red-breasted Mergansers while a single Glaucous Gull and 9 Snow Buntings were also seen.


Despite the wintery feel to the birds recorded it was largely a glorious, sunny, [relatively] warm day and the breeding birds that have made it here made the most of it with singing and nest-building Wrens, drumming Snipe and parachuting Meadow Pipits all in action. 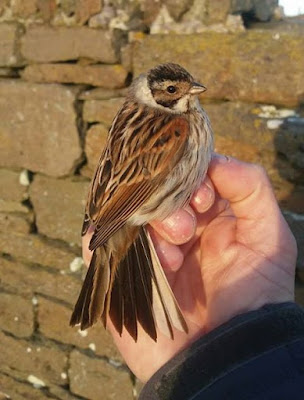 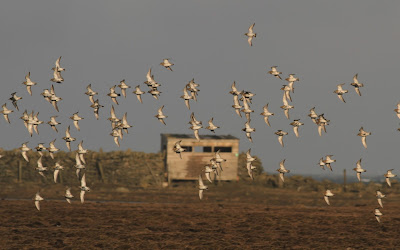