A much nicer day on the 21st with only a few showers to keep us on our toes; a Grey Wagtail was near Hooking along with notable increased counts of 36 Meadow Pipits and 13 Pied Wagtails while single Stonechat and Song Thrush completed the Passerine highlights.   6 Whooper Swans were new and included a 1st winter bird as was a smart adult male Merlin which came in off the sea at the pier.

Other birds of note included good counts of 53 Sanderling and 244 Purple Sandpipers while the 2nd winter Glaucous Gull still floated around and on the sea totals of 11 Red-throated Divers and 9 Great-northern Divers were seen on much calmer seas.


Apart from the morning hail showers and the bitingly cold northerly wind it was a lovely sunny day on the 22nd but the cold weather limited notable records to just the regular drake Smew on Bewan as well as 9 Snow Buntings also on the north coast.   There were no Northern Harrier sightings over these two days but experience tells us he can easily turn up again after disappearing for a few days. 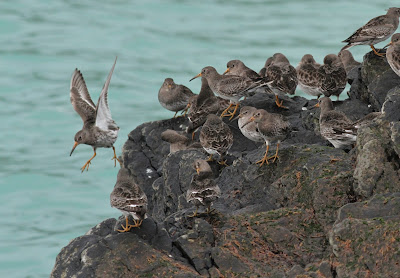 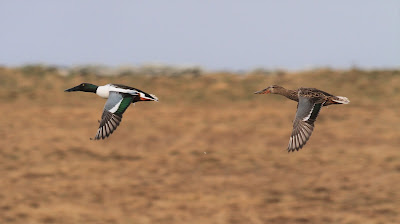