A rough couple of days with blazing westerlies battering the island; there were some new arrivals on the 13th however including a Grey Wagtail at Gretchen, a smart flock of 30 Black-tailed Godwits which pitched down at Brides and a new Woodpigeon joined the two long-staying birds at Holland. 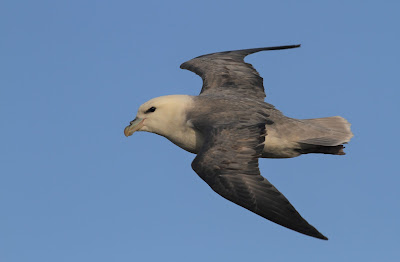 If in doubt take pictures of Fulmars playing in the wind, photo Simon Davies

The drake Green-winged Teal remained on Gretchen as did the drake Smew on Hooking or Bewan while the single Pink-footed Goose was still with a total of 693 Greylag Geese with other wildfowl counts including 352 Wigeon and 29 Shoveler.   Other little bits of note comprised the 2 Glaucous Gulls still and one remaining Stonechat. 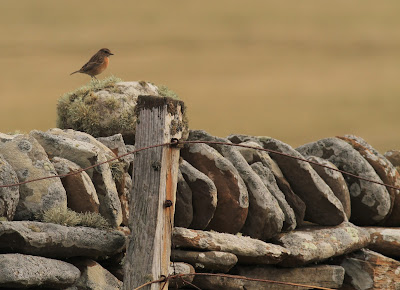 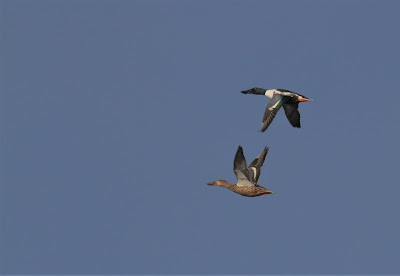