The cold, very strong, relentless westerly winds still battered the island over these two days so new arrivals were limited and still of a wintery nature on the 15th with raptors to the fore as the Northern Harrier was cruising around accompanied by a ringtail Hen Harrier, 2 new Peregrines (an adult male and an immature male) and the young male Merlin.


There was a new darkish juvenile Iceland Gull in the north along with 2 Glaucous Gulls while wader counts included 258 Oystercatchers, 36 Sanderling and 154 Purple Sandpipers.   Landbirds were very limited including just the 3 Woodpigeons, 4 Robins, a Fieldfare and 3 Snow Buntings. 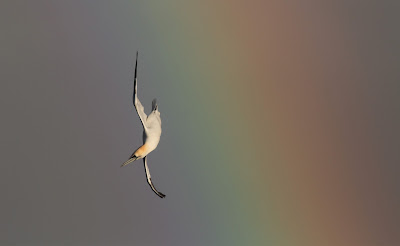 Gannet at the end of the rainbow, photo Simon Davies

The weather was even worse on the 16th – a blasting force 8/9 westerly wind with hail/rain showers whipping through so even though the first Black Redstart of the year had been expected for a while now, the fine male at Garso certainly picked the trickiest of conditions to arrive in!


Two Grey Plovers on Torness were also new as was an adult male Hen Harrier at the Obs and a 1st winter Little Gull on Troila; other birds of note included single Iceland Gull and Glaucous Gull, a lingering Stonechat, 16 Snow Buntings and 13 Red-throated Divers pushed into Nouster by the strong winds along with Gannets, Kittiwakes, a few Auks and a handful of Long-tailed Ducks. 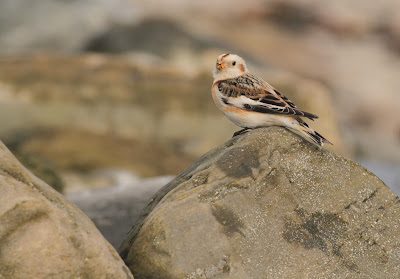 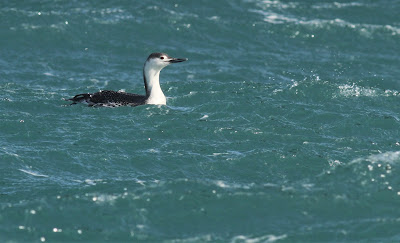 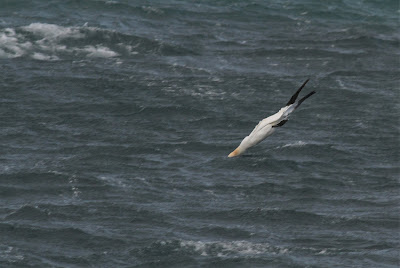